Wimpfen is situated opposite the mouth of the river Jagst where the regions of Kraichgau, the Hohenlohe plains and the Neckar basin come together. Around BC, new settlers arrived bringing an important culture to the central Neckar area for the first time: the Celts. They are thought to have given the rivers in this area their names Kocher and Jagst and probably also Wimpfen.

The first reliable historical date of Wimpfen stems from this time — not from an inscription or a document but from an oak beam retrieved from the Neckar in which turned out to be part of an old bridge. For the first time, the existence of a Roman bridge could be proved as closer examination dated the find to the year 85 AD. 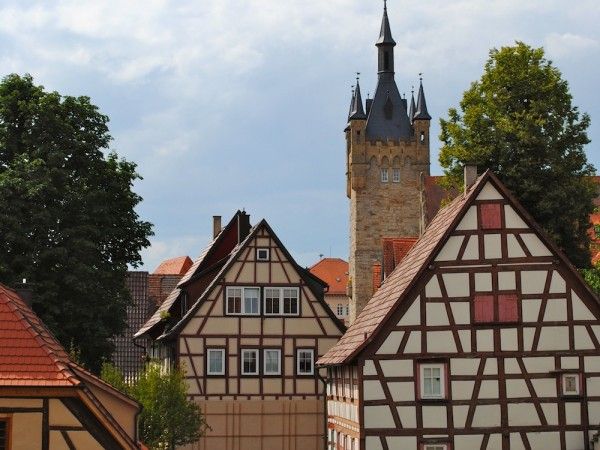 Soon workmen and merchants seeking protection settled here and numerous farms in the surrounding countryside became affiliated to the town. As the emperor Antonius Pius advanced the limes further to the north-east and the fort lost its military importance, a large settlement had already formed which, as excavations carried out between and clearly prove, was one of the most important towns in the Decumat country, along with Ladenburg and Rottweil.

Among the many archaeological findings, numerous statues of Gods should be mentioned; especially a town guardian spirit with a mural crown. It embodies the essence of the Roman town of Wimpfen in the valley. In connection with the construction of the first church in the valley, tradition names the legendary Bishop Crotold of Worms, whose existence is historically unproven, but who, if at all, was active in the 7th Century.

It is also sure that Wimpfen was royal estate at this time, and it is possible that the Merowing Kings had a castle built to protect the important Neckar crossing. It is certain, however, that at the turn of the century, the bishops of Worms were the owners of this old Franconian royal estate with all its rights.